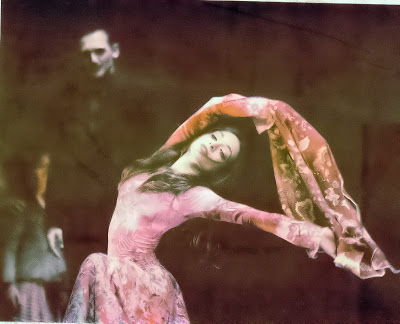 On the occasion of the BOV annual Opera Festival Tanya Bayona was invited as choreographer for the Opera Aleko music by Rachmaninov. The Opera was directed by the well known international German stage director Angelika Frenzel. Two performances were held at the Manoel Theatre on March 17th and 19th respectively to two full houses. The Malta Philarmonic Orchestra was conducted by Mro Brian Schembri.
Photo by Darren Zammit Lupi

Reviews by well known Maltese critics highly praised this excellent production that included an international cast of foreign and Maltese artists. One such review written by Albert G. Storage on the 24th Mar 2010 on the Times of Malta quotes the following: “It was also the first time that all members of the cast from principal singers to chorus were at one point all involved in an exciting sequence of movement and dance ably choreographed by Tanya Bayona”